Cownose Ray of the Chesapeake Bay 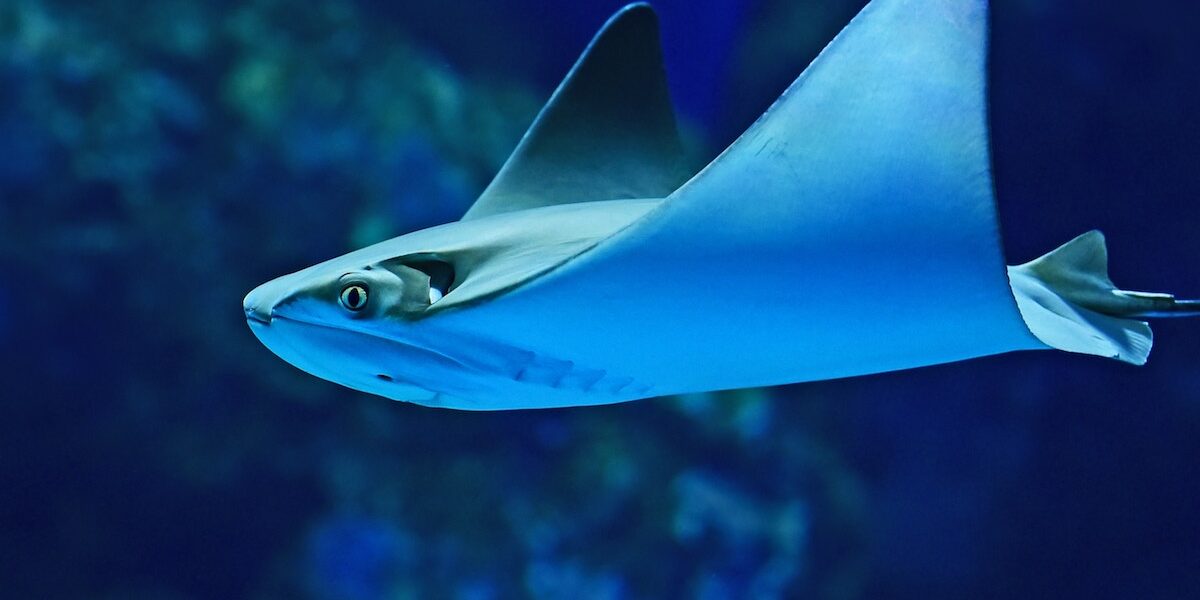 Margaret Bass is a biology major at Eckerd College and is part of the TOF intern community.

Two hundred years ago, the Chesapeake Bay teemed with life at a scale that is almost impossible to imagine today.  It supported and continues to support an array of coastal communities—although human activities from overharvest to overdevelopment have taken their toll.  I am not a fisherman. I do not know the fear of depending on an unpredictable source of income. Fishing for me has really been recreational. Given my situation, I am still disappointed when I come in from fishing with no fish to fry up. With one’s livelihood at stake, I can only imagine how the success of any fishing trip might mean so much to a fisherman. Anything that interferes with a fisherman bringing in a good catch is, to him or her, a personal matter.  I can understand why an oyster or blue crab fisherman might have such hatred for cownose rays, especially after hearing that cownose rays are not native, that the ray populations in Chesapeake were growing out of control, and that rays are decimating blue crab and oyster populations.  It does not matter that those things are unlikely to be true—the cownose ray is a convenient villain. Cownose rays are beautiful. Their bodies are diamond shaped, with a long thin tail and thin fleshy fins that extend out like wings. When in motion, they look like they are flying through the water. Their brown coloring on top allows them to hide on a muddy river bottom from predators above and a white underside gives them camouflage blending with the bright sky from the perspective of predators below. Their faces are quite complex and hard to picture. Their heads are slightly square shaped with an indent at the center of the snout and a mouth located beneath the head. They have crushing teeth, rather than sharp teeth like their shark relatives, for eating soft-shelled clams—their favorite food source.

Cownose rays travel to the Chesapeake Bay area in late spring and migrate down to Florida in late summer.  They are quite curious creatures and I have seen them probing around our dock at our family home in southern Maryland. Growing up seeing them from our property, they always made me feel nervous. The combination of the brown murky Patuxent River water and seeing them move with such stealth and gracefulness and not knowing much about them caused this anxiety. However, now that I am older and I know more about them, they no longer scare me. I think they are quite cute actually. But sadly, cownose rays are under attack.

There is much controversy surrounding the cownose ray. Local media and fisheries portray cownose rays as invasive and destructive, and local fisheries managers sometimes promote aggressive fishing and harvesting of cownose rays to protect more desirable species such as oysters and scallops.  The data to support this characterization of cownose study published in the journal Science in 2007 by Ransom A. Myers of Dalhousie University and colleagues titled, “Cascading Effect of the loss of Apex Predatory Sharks from a Coastal Ocean”. The study concluded that the decrease in sharks led to a rapid increase in cownose ray populations. In the study, Myers mentioned only a single case of one scallop bed in North Carolina that had been picked clean by cownose rays.  The study made clear that its authors had no idea whether and how much cownose rays actually ate scallops and other marketable seafood products in other places and other seasons, but that detail has been lost.  The Chesapeake Bay fishing community believes cownose rays are pressuring the oysters and blue crabs to extinction and, as a result, support the extermination and “control” of rays. Are cownose rays really out of control? Not much research has been done on how many cownose rays the Chesapeake Bay historically had, can support now, or if these aggressive fishing practices are causing a decline in the population. There is evidence however that cownose rays have always lived in the Chesapeake Bay. People are blaming the uneven success of efforts to protect oysters and blue crabs on cownose rays, solely based on Myers comments about rays preying on scallops in a single location in his 2007 study.

I have witnessed the capture and killing of cownose rays on the Patuxent River. People are on the river in small boats with harpoons or guns or hooks and line.  I’ve seen them pull in the rays and beat them on the side of their boats until life has left them. It made me angry. I felt like I had a responsibility to protect those rays. I once asked my mother, “that’s illegal right?” and I was horrified and sad when she told me it wasn’t.

I’ve always been one of those people who believe it’s important to be able to grow and harvest my own food. And sure if people were catching a ray or two for supper, then I wouldn’t be bothered. I’ve caught and eaten my own fish and shellfish from our property many times, and by doing this, I gain an awareness of the fish and shellfish population fluctuations. I am mindful of how much I harvest because I want to be able to continue to harvest from the waters around my property. But the mass slaughtering of cownose rays is neither sustainable nor humane.

Eventually cownose rays could be completely killed off. This slaughter goes beyond putting food on the table for a family. There is a hate behind the mass harvest of cownose rays in the Bay—hate that is fed by fear. A fear of losing two of the Chesapeake Bay’s most well known staples: blue crabs and oysters. A fisherman’s fear of a slow season and making barely enough money to get by on, or none at all.  Yet we don’t actually know if the ray is a villain—unlike, for example, the invasive blue catfish, which eats a lot and eats everything from crabs to juvenile fish.

Perhaps it’s time for the more precautionary solution. Slaughter of cownose rays needs to be halted, and thorough research needs to be done, so that a proper fishery management can be done. Scientists can tag cownose rays the same way sharks are tagged and tracked. The behavior and feeding patterns of cownose rays can be tracked and more data accumulated. If there is overwhelming scientific backing that suggests cownose rays are pressuring oysters and blue crab stocks, then this should sends a message that the health and poor management of the Bay is causing this pressure on cownose rays, and in effect this pressure on blue crabs and oysters. We can restore the balance of the Chesapeake Bay in ways unlike the slaughtering of potentially thriving species.

Editor’s note: On February 15, 2016, a study was published in the journal Scientific Reports, in which a team of scientists led by Florida State University’s Dean Grubbs counters the widely cited 2007 study (“Cascading Effect of the loss of Apex Predatory Sharks from a Coastal Ocean”) that found that the overfishing of large sharks had led to an explosion in the population of rays, which in turn had devoured bivalves, clams and scallops along the East Coast.