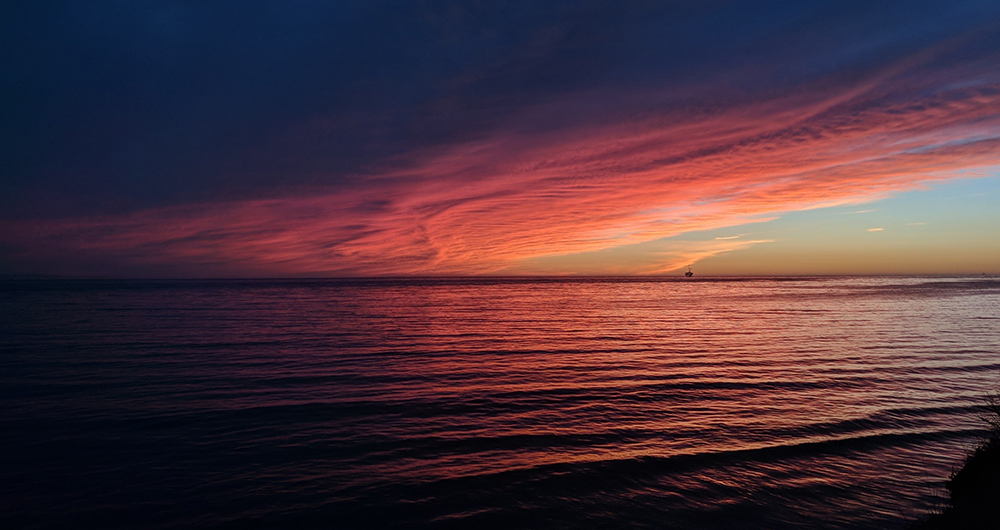 My late grandmother was a big believer in the old adage “Don’t put all your eggs in one basket.” She knew that relying on one skill or one industry or one source of income was a high-risk strategy. She also knew that independence was not the same as dominance. She would know that the American people should not bear the burden for those who seek to sell our public eggs for personal reward. I look at the map from the Bureau of Ocean Energy Management and I have to ask myself—what would she say about the eggs in this basket?

All energy companies who look to make a profit from public resources that belong to the people of the United States and future generations of Americans have a fundamental responsibility. It is not the responsibility of the American people to maximize those companies’ profits, nor to minimize their risk, nor to carry the burden of paying for any future harm that occurs to American wildlife, rivers, forests, beaches, coral reefs, towns, farms, businesses or people. It is the responsibility of our government representatives in the executive, judicial, and legislative branches, who are there to represent the best interests of the American people. It is their responsibility to ensure that any risk of harm to public resources is worth the benefits to the American people, our national resources, and the future generations who will also depend on them.

On January 4, the Department of Energy’s Bureau of Ocean Energy Management released a new five-year plan for energy production on the Outer Continental Shelf in US waters in response to the President’s order last April. Part of the plan focuses on the increasing offshore wind production capacity and the majority focuses on opening new areas to the exploitation of oil and gas resources.  As you can see from the map, no part of our coast appears exempt from risk (except Florida, after the fact).

Areas along the Pacific coast and the eastern Gulf of Mexico are included in the new plan, as well as more than 100 million acres in the Arctic and along much of the Eastern Seaboard.  Most of the proposed areas, especially along the Atlantic Coast, have never been tapped—which means that the storm, current, and other risks to energy operations are little understood, that there is little to no infrastructure to support drilling operations, and the potential is great for harm to populations of marine mammals, fish, seabirds and other sea life.  There is also considerable potential harm to the livelihoods of millions of Americans, especially those who work in tourism, fishing, whale watching, and aquaculture.

Exploration is Not Benign:

The use of seismic air guns blasting into ocean waters at 250 decibels to search for oil and gas reserves has already changed our ocean. We know that whales, dolphins, and other marine mammals suffer, as do fish and other animals when they are assaulted by the seismic effort.  Companies that conduct these tests have to seek an exemption from the Marine Mammal Protection Act (which we described in a blog posted 1/12/18). The Fish and Wildlife Service and the National Marine Fisheries Service have to review the applications and assess the potential harm from seismic testing. If approved, those permits acknowledge that the companies will do harm and set an allowed level of “incidental take,” a phrase that means defining how many and what kind animals will be harmed or killed when the search for oil and gas reserves begins. There are those who question why such harmful, large scale, inexact methods are still in use for oil and gas exploration in ocean waters when mapping technology has come so far. Surely, here is a place where companies could do less harm to American communities and ocean resources in the search for profit.

To be sure, drilling is not going to start anywhere outside the Gulf of Mexico any time in the very near future. There are procedures to be established and proposals to be evaluated. Producing oil along the Atlantic Seaboard represents a considerable investment in infrastructure—there is no existing pipeline network, port system, or emergency response capacity in place. It is not clear that oil prices will support the considerable expense of building this new capacity, nor that it is a viable activity given the potential risk for investors. At the same time, it is not surprising that the new five-year plan has not been welcomed by open arms, even though actual drilling is years away, if it occurs at all.

Scientific American reported that there is considerable local opposition to any expansion of oil and gas operations in coastal waters: “Opponents include the governors of New Jersey, Delaware, Maryland, Virginia, North Carolina, South Carolina, California, Oregon and Washington; more than 150 coastal municipalities; and an alliance of more than 41,000 businesses and 500,000 fishing families.”1 These community and state leaders came together in opposition to President Obama’s proposed expansion and it was withdrawn. The proposal has returned, larger than before, and the risk level has not changed. Coastal communities who depend on diverse economic activities also depend on knowing that their investment is not at risk from the continuous effects of industrial energy activities or from the very real possibility of leaks, spills, and infrastructure failure. Bureau of Ocean Energy Management (Map does not show areas in Alaska, such as the Cook Inlet)

In 2017, natural and other disasters cost our country more than $307 billion dollars. At a time when we should be focused on reducing risk to our coastal communities by improving infrastructure and resilience in the face of rising sea levels and more intense storms. All of us will pay one way or another, even beyond the devastating losses to affected homeowners and businesses, and their communities. Recovery will take time even as billions more need to flow to support the recovery of our communities in the Virgin Islands, in Puerto Rico, in California, in Texas, and in Florida. And that does not count the dollars that still flow to try to remedy the enormous harm from previous events such as the BP oil spill, which, even seven years later is having a negative effect on the resources of the Gulf of Mexico.

Since 1950, the population of the US has nearly doubled to roughly 325 million people, and the global population has gone from 2.2 billion to more than 7 billion people. More than two thirds of Americans live in coastal states. Our responsibility to future generations has thus increased dramatically—we must ensure that we focus on making sure our use minimizes harm, waste and risk. It is likely where extraction is high risk to people now can be left for future generations to access with technology we can only imagine today. Resources that come free and can be accessed for lower cost—wind, sun, and waves—can be harnessed at far less risk to us and to future generations. Meeting our needs with intelligent design that costs less to operate and maintain is another strategy that capitalizes on the kind of inventive spirit that is our legacy.

We are producing more energy today than we ever have—including more oil and gas. We need to ask ourselves why we need to promote high-risk activities to extract energy resources that will be exported to other countries, leaving only the harm for us. We are meeting our energy needs with an increasingly diverse array of sources and striving for ever greater efficiency so as not to waste our precious legacy.

The US is Exporting Oil and Gas at a Record Pace, Laura Blewitt, Bloomberg News, 12 Dec 2017 https://www.bloomberg.com/news/articles/2017-12-12/u-s-fuels-the-world-as-shale-boom-powers-record-oil-exports