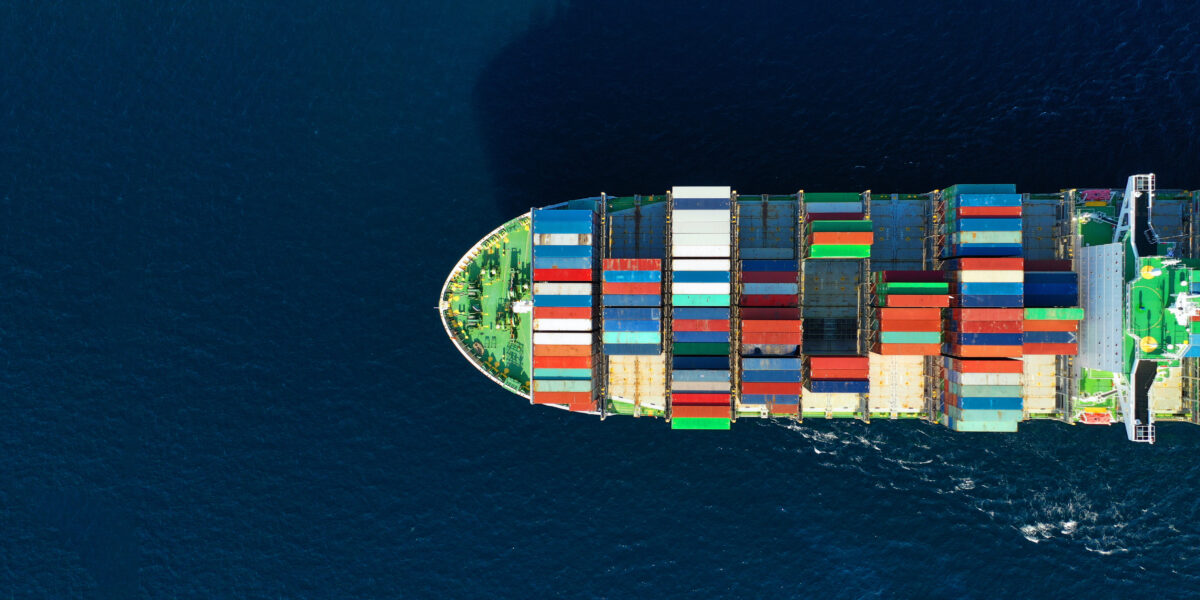 As ocean-based trade increases, so too does its environmental footprint. Due to the massive scale of global trade, shipping is responsible for significant portions of carbon dioxide emissions, marine mammal collisions, air, noise, and plastic pollution, and the spread of invasive species. Even at the end of a ship’s life there may be significant environmental and human rights concerns due to cheap and unscrupulous shipbreaking practices. However, many opportunities exist to address these threats.

How Do Ships Threaten the Marine Environment?

Ships are a large source of air pollution, including greenhouse gases. Studies have found that cruise ships visiting ports in Europe contribute as much carbon dioxide to the environment as all the cars throughout Europe. Recently, there has been a push for more sustainable propulsion methods that would decrease emissions. However, some proposed solutions – such as liquified natural gas (LNG) – are nearly as bad for the environment as traditional gas. While LNG produces less carbon dioxide than traditional heavy oil fuels, it releases more methane (84 percent more potent greenhouse gas) into the atmosphere.

Marine creatures continue to suffer from injuries caused by ship strikes, noise pollution, and hazardous transportation. Over the last four decades, the shipping industry has seen a three- to four-fold increase in the number of reported whale-vessel strikes worldwide. Both chronic noise pollution from motors and machinery and acute noise pollution from underwater drilling rigs, seismic surveys, may seriously threaten marine life in the ocean by masking animal communication, interfering with reproduction, and cause high levels of stress in marine creatures. Furthermore, there are problems with horrific conditions for millions of terrestrial animals transported via ships each year. These animals stand in their own waste, are injured by being jostled by waves hitting the ships, and are crowded in poorly ventilated areas for weeks at a time.

Ship-sourced plastic pollution is a growing source of plastic pollution in the ocean. Plastic nets and gear from fishing boats are discarded or lost at sea. Ship parts, and even smaller, sea-faring ships, are increasingly made from plastics, including both including both fiber-reinforced and polyethylene. While the lightweight plastic parts can reduce fuel usage, without planned end-of-life treatment, this plastic may end up polluting the ocean for centuries to come. Many antifouling paints contain plastic polymers to treat ship hulls to prevent fouling or surface growth accumulation, such as like algae and barnacles. Finally, many ships improperly dispose of on-board generated waste which, together with the previously mentioned ship-based plastic, constitutes a major source of ocean plastic pollution.

Ships are designed to take on water for balance and stability when cargo holds are light by taking on ballast water to offset the weight, but this ballast water may bring along unintended passengers in the form of plants and animals located in the ballast water. However, if ballast water remains untreated, the introduction of non-native species can wreak havoc on native ecosystems when the water is released. Additionally, ballast water and wastewater generated by ships is not always properly treated and often dumped into surrounding waters while still full of pollutants and foreign material, including hormones and other passenger medication residuals, potentially causing harm to the environment. More needs to be done to ensure water from ships is properly treated.

Finally, there are human rights violations associated with shipbreaking; the process of breaking down a ship into recyclable parts. Shipbreaking in developing countries is difficult, dangerous, and low-paying labor with little or no safety protections for workers. While shipbreaking is often more environmentally friendly than simply sinking or abandoning a vessel at the end of its life, more needs to be done to protect shipbreaking workers and ensure that children are protected and not being illegally employed. In addition to human rights abuses, there is often a lack of environmental regulations in many countries where shipbreaking occurs allowing toxins to leach from the ships into the environment.

This blog has been adapted from the chapter Greening the Blue Economy: A Transdisciplinary Analysis published in Sustainability in the Marine Domain: Towards Ocean Governance and Beyond, eds. Carpenter, A., Johansson, T, and Skinner, J. (2021). The Ocean Foundation and The Boyd Lyon Sea Turtle Fund seek applicants for the Boyd N. Lyon Scholarship, for the year 2022.

Check out this recap of the X-Press Pearl Disaster in an article by UNEP, and our emergency grant funds in response to the ecological damage.

Every year the Boyd Lyon Sea Turtle Fund hosts a scholarship for a marine biology student whose research is focused on sea turtles. This year’s winner is Natalia Teryda!