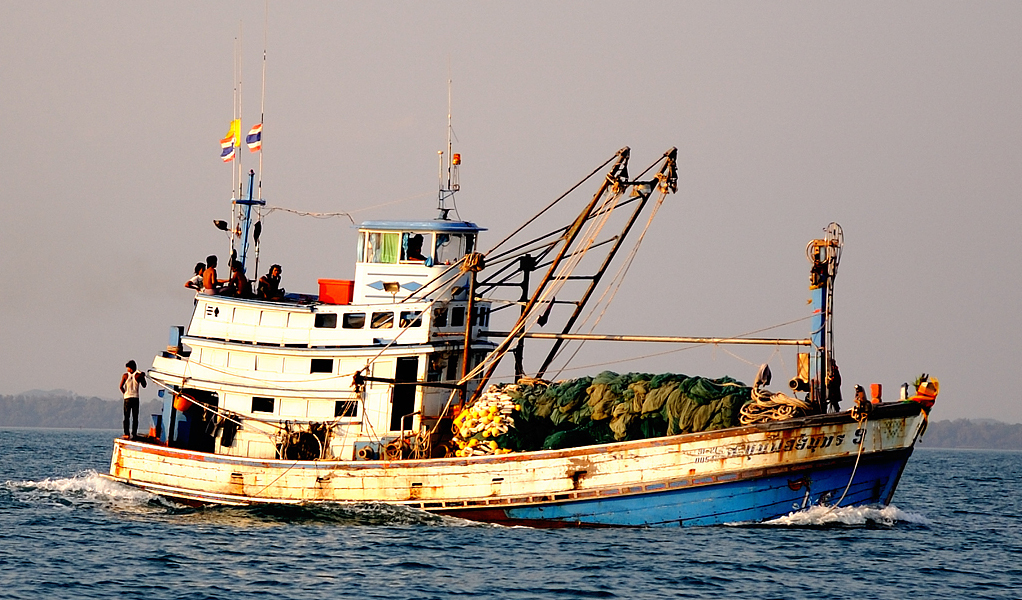 Human Rights on the Ocean

Over the past few centuries, and for a variety of sociological and religious reasons, there has been a marked shift in people’s perception of nature, from being viewed as a nurturing source of stability that must be protected, to chaos that must be subdued (Merchant, 1980). This aspiration to dominate and control the natural environment, including the high seas, correlates to the brutal treatment of deckhands and migrant workers in the global fishing industry. The remedying of these injustices is a major human rights concern; combined with environmental advocacy. This work is known as Ocean Justice.

Globally, approximately three out of every seven people globally rely on seafood as a primary source of animal protein, and over 56 million people work at sea on fishing boats (Urbina, 2019). But the waters they work on are, for the most part, unregulated by national bureaucracies and constraints. And the rules that do exist are frequently broken. In fact, the iIllicit seafood trade is a thriving worldwide business that generates an estimated $160 billion in annual sales, and has only grown with improved navigation technology: stronger radar, bigger nets, faster ships (2019). But illicit seafood is as much about people as it is about fish. Annual profits from sea slavery average $124 billion per year (2019).

Why an Environmental Concern?

Many fisheries all over the world are declining due to the effects of climate change. For example, over the past 50 years, Thai fishing trawlers have seen their catch decrease by 86% (EJF, 2015). The irony is, of course, that these areas are also those that rely the most on fisheries for their livelihood; Thailand is the 3rd largest exporter of seafood in the world (Fault Lines, 2016). Decreased catch has led to overfishing, which pushes ship captains to go further from shore to break even. To minimize costs, these captains chose to use migrant workers, and not pay them much, if at all.

So what does the term “human rights violation” mean at sea? The sad reality is that so many things experienced by deckhands – many of them Southeast Asian migrants – fit the bill.

So what can we do to mitigate these ocean injustices? There are many ways to better police national and international waters.

Barriers to these Solutions

These are real solutions, but they also have real problems.

Despite all the barriers that advocates will face, there are a couple of exciting directions for the ocean justice movement to explore. Right now, there is a gap between environmental and social advocates focusing on the ocean. Hot spot mapping will be key to find the intersection of environmental and social progress on the ocean, and would encourage philanthropic organizations to join forces for combined impact (Open Channels, 2018). Advocates should also look to women in fisheries. Disparities in access to credit in the fishing sector affect not only the livelihoods of women in particular but also the entire household and community. Improving women’s incomes, educational levels, access to information and their ability to participate in decision-making enhances the capabilities of the entire household and of society in general (Weeratunge, Snyder, & Sze, 2010). Finally, aquaculture and plant and cell-based alternatives to seafood would reduce pressure on wild fish catch, as well as the national need for seafood imports – reducing dependence on often illegal products riddled with labor abuses (Middlebury Institute’s Center for the Blue Economy, 2020).

What About the U.S.?

In the US, ocean justice is centered in a different realm; instead of being centered around slavery or near-slavery, human rights concerns pertain largely to a debate over catch shares: programs that that privatize the right to fish, turning a public resource into private property (Van Der Voo, 2016).

Catch shares are beneficial for several reasons: before them, limits on catch left fishermen only a few weeks to be out on the water, causing competition, clashes, and violence. After privatization, fishermen could slow down; they had longer seasons and more time to plan around bad weather. Pre-assigning catch also steadies the supply of fish, making it possible for restaurants and markets to give consumers an opportunity to fall in love, resulting in demand and higher prices.

However, catch shares also wreak havoc on the small, mom-and-pop fishers – who are forced to consolidate or disappear. Meanwhile, many of the new owners leave town, and begin to rent out their shares. Suddenly, the people who had fished since forever, but who can’t afford or are too late to purchase a share – can only fish by renting, and make a cut of the profit.

The idea of bringing catch shares to the developing world, a goal of several foundations including Environmental Justice Foundation and the Walton Family Foundation, just might not work. In these countries, small-scale is the norm, with 25–27 small-scale fisheries and an 68–70 million engaged in post-harvest activities (World Fish Center, 2008). But just within our own country, there is plenty of work to be done to make sure that catch shares align with ocean justice. Some fishermen advocate that private catch share rights should be a privilege that would expire in time and revert to the government. In small fishers’ view, these alternatives are more respectful of their human right to provide for themselves from the sea. This is what they deserve.