Angel Braestrup (Executive Director, The Curtis & Edith Munson Foundation) has been involved in ocean conservation funding for more than 30 years. She also serves as program director for The Henry Foundation. From 2005–2008, Angel was the co-chair of the Marine Funders Working Group of the Consultative Group on Biological Diversity, now the Biodiversity Funders Group. She served as Chair of the Board of the Norcross Wildlife Foundation and the Board of the Center for Agricultural Partnerships. She is a former board member of the Association of Small Foundations (now Exponent Philanthropy), and a former member of the steering committee of the Chesapeake Bay Funders Network. Angel worked for a member of the U.S. House of Representatives from 1982–1989, specializing in transportation, energy, agriculture, water resources, and other environment issues. Prior to becoming executive director, Angel served as editor of the Munson Foundation’s bimonthly newsletter, Conservation Digest. 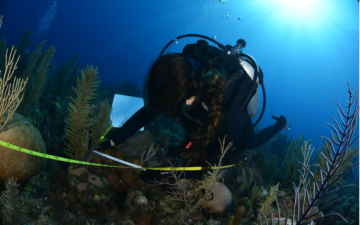